Advanced Surface Ablation (ASA) or Epi Lasik or TransPRK is a highly advanced correction procedure that is precise, accurate, and ensures a great reduction risk associated in vision correction procedure. This procedure is considered to be most safe & reliable without creating any flap & using any blade, eliminating problem of dryness after laser.

The human eye is a very sensitive and essential organ, and it has to be taken care of without compromises. There are different types of Eye related problems including difficulty of vision, disease, and disorders. Among vision problems, Astigmatism, Myopia or short sightedness, and hypermetropia/hyperopia or long sightedness are prevalent due to corneal defects. The treatment procedures include prescription glasses, contact lenses, prescription medicines, and LASIK surgery. While choosing from the range of available options, eye health is the crucial factor, and modern treatments such as Advanced Surface Ablation (ASA) offer permanent vision correction to people with specific visual requirements. 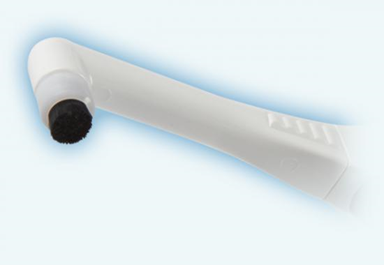 What Is Advanced Surface Ablation (ASA)

ASA is an outpatient procedure that uses anaesthetic eye drops and high energy excimer laser to remove a thin outer layer of the cornea known as epithelium. Subsequently, the eye surgeon uses the laser beam to accurately vaporize the corneal surface to the precise depth and reshape it for common refractive error correction. There is no special requirement for creating a flap and multiple procedures such as LASEK, Epi-LASIK, and PRK are available for the patients. Post-operative care and rehabilitation may take between 48 to 72 hours. The surgeon may prescribe drops, medications, and additional instructions which depends on case to case. 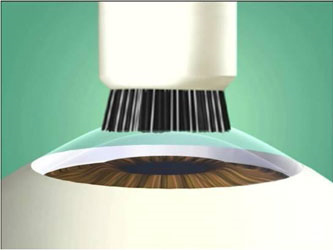 Are ASA And LASIK are Same

No. Although Laser procedures have been in use for treating common refractive errors such as myopia, hyperopia, and astigmatism, there are subtle differences amongst these two surgical treatments. LASIK is a computer-controlled laser treatment for reshaping the cornea. In this procedure, a flap is created in the corneal tissue, folded, and then lifted up. The cornea is subsequently reshaped by removing or ablating the tissue beneath this flap. The a-spherical shape of cornea leads to post-operative complications such as glares, halos, and reduced night time vision. However, the highly advanced LASIK treatments such as Allegretto Wave Laser reduced these risks to a great extent by relying on powerful lasers with accurate and active eye tracking systems.

What Are The Advantages Of ASA Over LASIK

ASA is a highly advanced correction procedure that is precise, accurate, and ensures a great reduction in the attendant risks of eye surgeries. The benefits of ASA over LASIK include the following –

ASA can be done under following conditions:

ASA is suitable for the following patients with specialised needs, as it is by far the safest and most effective laser refractive surgery

Prices of Customized Lasik Surgery in Delhi may varies & we run special discounts time to time so offer best value for money.

My father needs very unbiased opinion for Lasik Surgery. Through, internet search we come across, LasikinDelhi.com, the expert in giving right advice about Lasik procedure in Delhi. We followed the suggestion given by LasikinDelhi.com and opted for 100% Blade Free Lasik Surgery in Delhi at lowest rates ever before. Best FDA approved technology combined with 100% Blade Lasik @ lowest rates given me best value for money results.

I was worried for my interview for which I need to have 6/6 vision without glasses & I am having no idea which centre to approach & whether it offer me best technology & doctor expertise at reasonable rates. Thanks to LasikinDelhi.com timely call & making all the things easier & simple. I have been through my interview & extremely happy to see world without glasses

I have been wearing Glasses for 13 years & desperately looking for Lasik Treatment for my Eyes. We are grateful for all support provided by LasikinDelhi.com guiding us to Right Lasik Laser Surgery at my nearest location of my residence. Now my vision is clear & sharp than before. Thank you LasikinDelhi.com

LasikinDelhi.com not only helped us in guiding right Lasik Laser Hospital but also help us in booking direct appointment for Lasik Counselling & Lasik initial investigations. I got best rates for Lasik treatment for my eyes & happy with quality of vision after Lasik Surgery. Thank you LasikinDelhi.com once again

I was totally confused whom to believe & where to go. But LasikinDelhi.com unbiased guidance helped me getting Right Lasik Laser Surgery done @ reasonable rates. Now I am free of Glasses & Contact Lenses

It is the best place for Lasik surgery. I was looking for a centre which offers the services at a reasonable price and I found out this one. This has got the best doctors working on your eyes. Everything was done in very precision way and the staff is also courteous. I would recommend this to my near and dear ones. Keep up the good work.

My brother wanted to get rid of his glassed as he was planning for arm forces. We came to know about Centre for Lasik Surgery Delhi through google search & got the best discount for best lasik technology by best lasik laser eye surgeon in delhi. He is now enjoying his life without glasses & very very happy, thank to you whole team, with best regards, Chitra

I must say that the place is really good and has a good team of doctors. I did inquire abt the ilasik treatment at some other places but at the end got it done from Lasik surgery delhi and i m really Happy abt it.I have been wearing specs since very long and now feels like a different person all together I would recommend this place to everyone

I had my lasik surgery there, they are very good at the service with latest technology and they care their patient very well............ pls go ahead with them if needed.

I am really thankful and so glad that I made my eye surgery from this place which is the best place for Lasik eye surgery in affordable price. From my childhood I used to wear glasses but in few minutes they make me free from my glasses.

I had done my lasik treatment at Center for Lasik Delhi. I was very pleased with the overall experience. Costing of the lasik procedure was also in my budget. Now my vision is normal. Thanks to Centre for Lasik Delhi.

I have consulted too many centres for lasik treatment, their charges were too high which was not in my budget. One of my friends has recommended Centre for Lasik Delhi, I contacted them and really amazed. The costing of same treatment and technology was approx. 20% low in compare to other centers. I have received excellent service and patient care both before during and after I had the surgery. I highly recommend this center for lasik treatment.

I am so happy to choose the Centre for Lasik Delhi for lasik treatment. Everyone at the centre was fantastic. After pre-lasik checkup, they explained every single part of the process so clearly. Next day after the check-up, I got my lasik surgery done. It was the best decision I ever made. I am really very thankful to Centre for Lasik Delhi.

I am glad to have had the lasik surgery at Centre for Lasik at very reasonable price. The staff and doctors have all been helpful. My power was -4 but after lasik, it is normal and now I can see without glasses. Thanks to Centre for Lasik Delhi.

I was preparing for armed forces examination but my eye power was above 5. So I planned for lasik surgery. I visited to Centre for Lasik Delhi. Their costing of latest lasik technology was in my budget. It was 10-12 minute procedure and they told me to take few precautions for a week. Now I can see clearly without glasses. I have also cleared my written and medical examination as well. Thanks to Centre for Lasik Delhi.

I was using the glasses for 12 years and really got fed up. I decided to go for lasik surgery but the price was too big for me. My teacher recommended the Centre for Lasik Delhi. I consulted to them; their costing was in my budget. My eyesight was minus five, now it is 100%. It is hard to believe. Thanks to Centre for Lasik Delhi.